As the pandemic gets more Indians pedalling, what can cities do to make streets safer for cyclists?

Cycling must become an organic part of long-term urban development plans and be integrated with various modes of public transport. 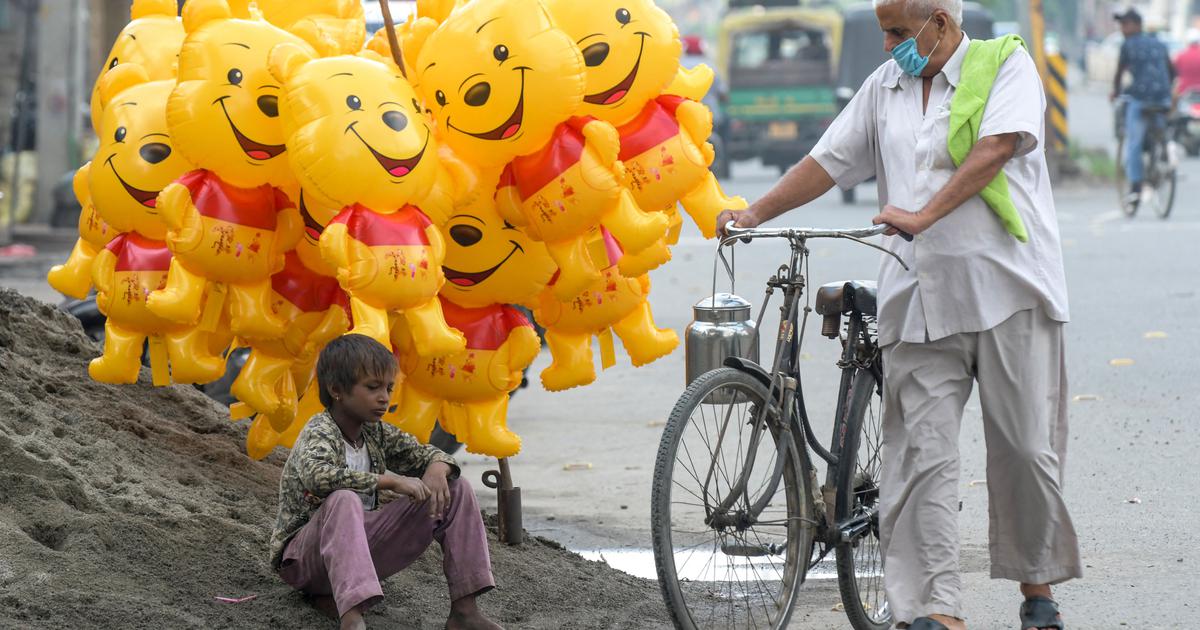 A street in Amritsar in August 2020. | Narinder Nanu/AFP

Despite it being the most environment friendly, healthy and low-cost mode of travel, cycling, for many upper-class urban Indians, is merely another way to keep fit. However, for a sizeable number of people who employed in the informal sector, the cycle is a vital component of their work lives.

The pandemic has prompted cities across the world to realise the importance of this safe, convenient and socially distant alternative mode of transport. Around the world, many cities have started re-purposing infrastructure to accommodate more cyclists on their streets. Others are building completely new cycling infrastructure.

A large chunk of these trips is by livelihood cyclists – people delivering milk, newspapers, Mumbai’s dabbawalas and many employed in the informal sector have no other option but to cycle to work. Among the middle class, the largest slice is students cycling to school or tuition classes. While Covid-19 has created an opportunity to target new bicycle users, it is important to look at the needs of these existing users too.

In recent years, many Indian cities have made progress planning and providing for cycling. In October, Bengaluru became the first Indian city to create a pop-up cycle lane on the city’s Outer Ring Road. Mumbai also initiated a public bike-sharing scheme around its metro stations.

It is it imperative to keep the momentum going. India needs a strategic approach at both the planning and execution levels. World Bicycle Day 2021 on June 3 gives us an opportunity to look at ways in which Indian cities can become more cyclist friendly.

Cycling must become an integral part of long-term urban development plans and be integrated with various modes of public transport. By doing this, cities must also plan cycling infrastructure such as cycling paths and docking stations.

Pune has set a good example in doing this by creating a non-motorised transport department and a comprehensive bicycle plan to ensure that cycling is made an integral part of all its mobility initiatives.

Bhopal has also set a record in this space. Its bike-sharing system was designed by mapping the key residential and commercial nodes around the city’s bus rapid-transit system, providing efficient first and last-mile connectivity to users.

In Indian cities, the focus on car-centric infrastructure, traffic congestion, narrow roads, and a general disregard for cyclists and pedestrians has created an environment that favours motorised transport over walking and cycling. Re-purposing streets to ensure equitable distribution among road users and focusing on the most vulnerable users like cyclists and pedestrians are key to creating a bicycle-friendly environment.

Cycling infrastructure is essential to encourage more people to cycle. Studies show that among the factors that dissuade people from cycling is the potential rider’s perceptions on safety of cycling in the neighborhood.

Moving from policy to action
A city looking to shift its focus towards cycle-friendly initiatives will require strong political and administrative support. Cities also need to engage key stakeholders like citizens groups and non-government organisations in their decision-making. Many cities in India now have bicycle mayors and councillors to accelerate the movement.

Capacity building through participative workshops, offering technical support in planning and designing cycling initiatives can help decision-makers and influencers scale it up. Today, bicycle mayors of cities such as Ranchi, Pimpri-Chinchwad, Guwahati, Kolkata, Jaipur and Gurugram are actively seeking collaborations for technical support and planning.

These capacity-building initiatives also help the local administration adopt solutions that suit them. Kolkata, for instance, is currently focusing on identifying the concerns of livelihood cyclists and designing a network that suits their needs. Guwahati is working to create safer cycling routes for children, while Jaipur is working to design a cycling network that caters to locals and tourists.

Make it people-centric
Besides policies and training, every initiative requires sound communication to make it successful. Cities must actively look at engaging citizens to propagate the benefits of cycling.

In November 2013, a handful of citizens from Gurugram came together to demand streets for all. This marked the birth of Raahgiri Day (car-free Sundays) which has now spread to over 70 cities in India.

Indian cities like Bhopal and Gurugram built on this concept and involved citizens in planning for projects. The bicycle sharing system in Bhopal was initiated after it adopted the Raahgiri concept, while Gurugram undertook pedestrianisation projects for its markets like Sadar Bazaar. Ranchi also announced a no-car Saturday to get more people to walk and cycle.

Building adaptable mobility systems
Public bicycle sharing is a cost-effective option for commuters who do not want the hassle of maintaining a cycle, allowing users to pick up and drop off bicycles at locations along the sharing network. While public bicycle sharing has been an accepted model globally since 1965, Bhopal became the first Indian city to implement this system in 2017. Since then, many Indian cities, including Ahmedabad, Mysore, and Pune have introduced their own public cycle schemes, with more in the works.

Public bicycle sharing schemes can help boost appeal of cycling through innovative pricing models and expand the reach of the existing public transport system by providing first- and last-mile connectivity. In India, bicycle sharing schemes often fails to take off due to the high capital and operational costs associated with them, which can be addressed through greater government intervention in policy-building and co-financing such schemes.

Cities that have embraced public bicycle sharing have also faced challenges due to theft and vandalism. Cities can look at tackling these challenges with better surveillance systems, stricter action and more initiatives towards creating a safe cycling environment.

A 2019 study shows that bicycling infrastructure is significantly associated with fewer fatalities on roads. It states that bike facilities act as a “calming” mechanism on road traffic, slowing cars and reducing fatalities. In its sixth Global Road Safety Week, the United Nations’ “Streets for Life” campaign advocates a low speed of 30 kmph, which, it states, will “save lives and protect all who use them [roads], especially the most vulnerable, like pedestrians, cyclists, children and older people and people with disabilities”.

For a country that accounts for 11% of global deaths due to road crashes (but just 1% of the world’s vehicles), it is important to leverage the ongoing momentum towards cycling for the myriad benefits it offers cities.

Tanushree Venkataraman is Manager, Communications at the same institution.